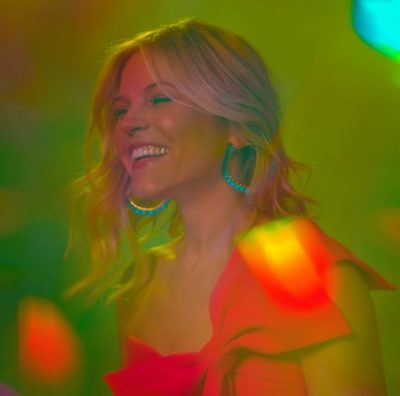 Cassettes of Tiffany, Janet, The Cure, and the Bangles were blasted from her pink boom box while she made up dances on her bed. Those tapes were eventually replaced by CDs of Broadway soundtracks in the 90’s. She eventually earned a BFA in Musical Theatre from Syracuse University and earned many credits on the stage and screen in New York and Los Angeles. Suzanne released her first album, A Sun-Up Sky, in 2009, a collection of old standards and showtunes.

Suzanne became a mother in 2012 and couldn’t find a lullaby album she loved…so she made one. Shine: Lullabies for Everyone was released in 2014, just before the birth of her son, and won many awards including NAPPA, Parents Choice, Kids Choice, and Creative Child CD of the Year.

Nowadays, her kids know every word to Katy Perry’s “Roar.” Suzanne realized that if she wanted to teach them tools for happiness and success, she needed to become her own pop star. Bounce, co-written and produced by triple Grammy nominated childrens’ band The Pop Ups, blends her light, playful instrument with heavy 80’s influences to create a unique sound unlike anything else on the childrens music scene.

Suzanne does parents’ work for them. No more lectures met with rolling eyes. The lessons are serious; the music is not.